My favourite announcements at Apple's WWDC 2019

Apple held its yearly Worldwide Developers Conference again last week for the developers on their platforms. It always starts with a big keynote on Monday, where Apple shows the rest of the world what's coming up for all of its platforms in the near future. Contrary to, say, their yearly iPhone event in September, this keynote always puts the focus on their software. Likewise, I follow these events very closely to see what will change for me in the next months, both as a developer and as a user of their systems.

You can watch the full Keynote on Apple's website, and if you're interested in learning more in depth, you're free to check their developer portal for a list of all presentations of the week (if you just want to see a more in depth presentation of their software updates, I can highly recommend their Platforms State of the Union talk).

For me, these were the things that interested me the most: 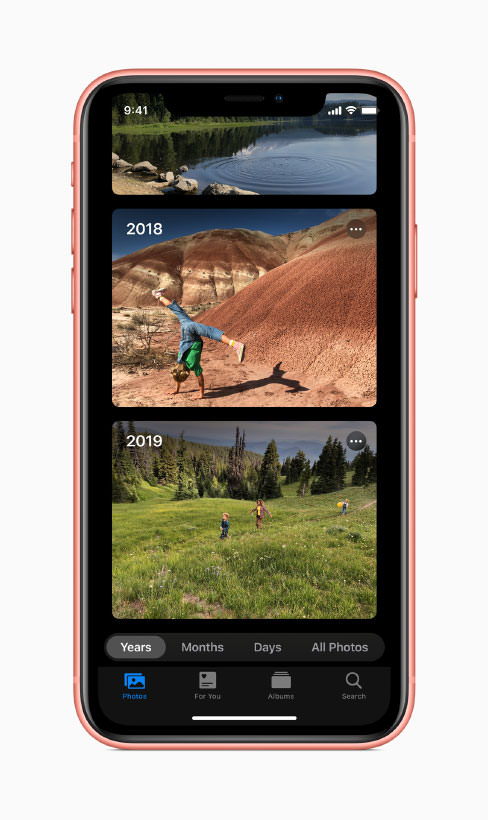 This was - in my opinion - a rather small update. It's not really surprising as iOS is getting pretty mature by this point, so I don't really mind it. The system is finally getting a dark mode (which I probably won't use), the Photos app is getting revamped (with an algorithmic overview of your images, and video editing capabilities - you can finally crop and apply filters to your clips), and the other built-in apps are getting small but useful tweaks. Nothing earth shattering, but iOS is already very robust. 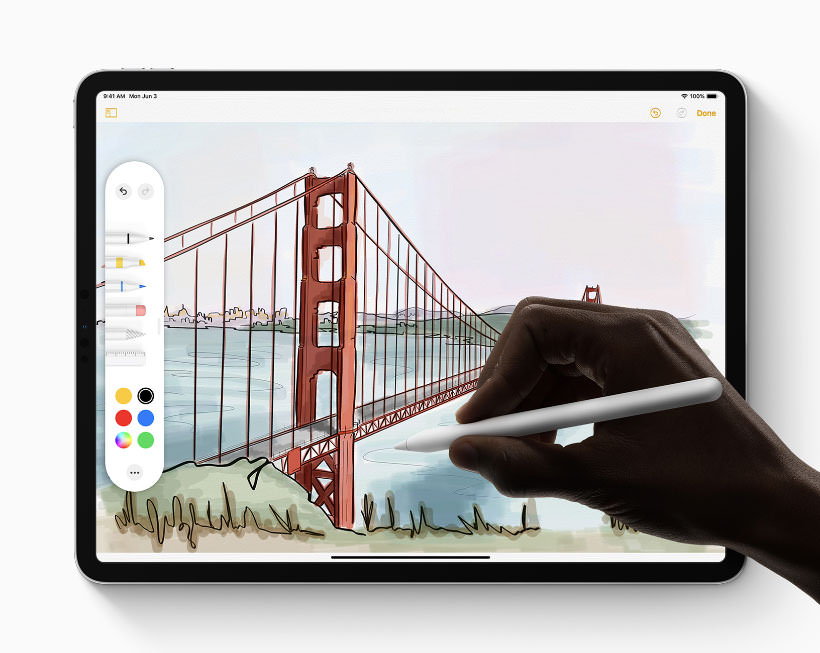 The new operating system for iPad is getting a significant overhaul this time around, and it will also sport a new name: iPadOS. We'll have to see what this name change will really mean for the development of the platform. Does this new name only signify that the iPad will have a slightly different feature set as the iPhone? Or will this allow Apple to release new versions of iPadOS on a different schedule than iOS? Only time will tell.

This update was something that I was looking forward to, as I tend to use my iPad for basically everything that's not client related work. I write and update this website from my iPad, I edit all my photos and videos on this device, I do my drawings and design mockups with the Apple Pencil and I do most of my web surfing and email from this tablet. If I could, I would like to use my iPad way more in a professional setting, but at the time there are just too many roadblocks to make this feasible.

This upcoming release of iPadOS brings the ecosystem a whole lot closer to a full blown productivity device, and it's basically everything I wanted to happen (except for an iPad version of Xcode, but oh well):

It's worth it to check out the full presentation on Safari for iPad if you're interested in the details of these changes. 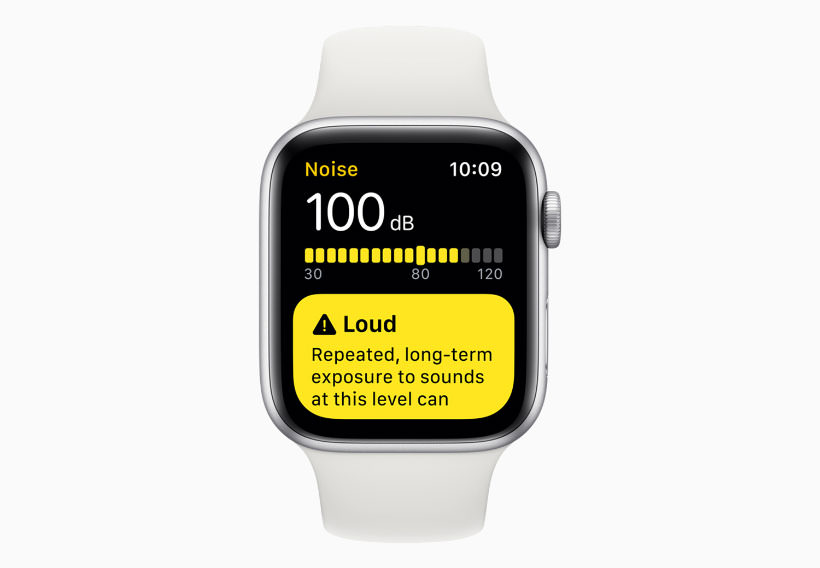 Each update to WatchOS brings small changes that make the Watch a tiny bit better, but these things add up. It's a slow but steady process that makes the device more interesting to own each passing year (and it caused me to finally bite the bullet and get a Series 3 Watch a year ago).

This year is no different: most of the changes don't drastically overhaul the functionality of the Watch, but they are nice nonetheless: 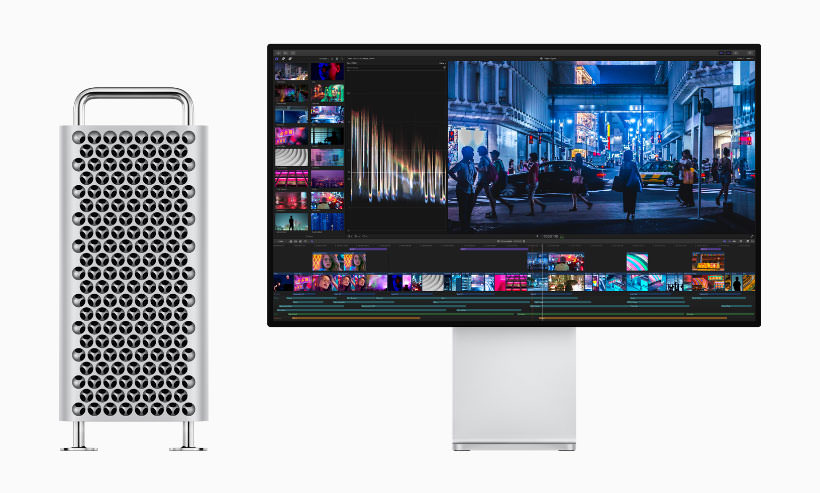 So yeah, these new pro devices are super cool and look ridiculously powerful, but there's no way for me to justify getting them (and I also don't have the funds to make this even remotely possible). If you're in the niche that Apple is trying to serve (medium to high end media production on tight deadlines) you're probably already making room on your desk for this huge screen and heavy tower.

Like most years prior to 2019, the Mac doesn't get as much flashy updates as the other platforms, but there are a few things of note for power users:

This was the biggest thing for developers: instead of relying on two separate frameworks for creating interfaces (AppKit for the Mac, UIKit for iOS - which will also work on the Mac via Catalyst), Apple is creating a whole new framework for all their devices at once, and simplifies the process immensely.

What does this mean for us? Developers can now write the same interface code for all Apple devices, from the tiny Apple Watch to the giant new 6k Mac screens. These different platforms all used to have their own frameworks, which meant that you had to switch around different code bases for each device category, adding a ton of work for those that had to implement these interfaces.

SwiftUI instead promises to streamline this process by vastly simplifying the code needed to create interfaces and, more importantly, by making this same code run on each of their platforms. It also has a fantastic looking preview tool that runs in real time in a simulator and on your devices themselves. It brings creating interfaces much closer to HTML and React, making it so much easier for a whole group of aspiring developers to jump in on the platform. 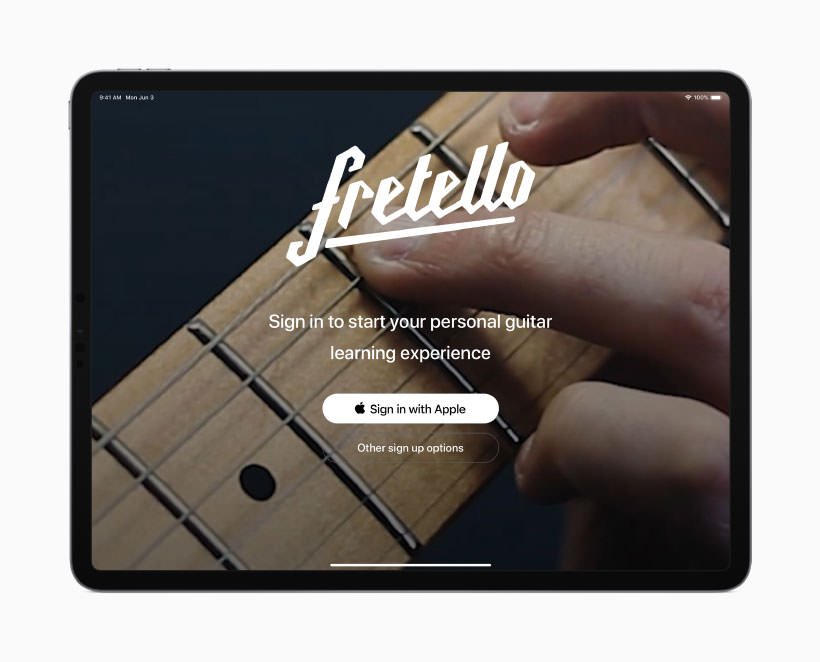 Another big theme at WWDC was a huge focus on privacy, which is great:

For a project I'm working on I tried out the accessibility features of iOS a few weeks ago, and more specifically the VoiceOver function that reads the content of the screen to the user. It's great that you can use your phone without being able to look at your screen, but it took me quite some time to figure out how the controls work.

The new Voice Control feature switches this up and brings accessibility to a whole new level. This system (for iOS, iPadOS and macOS) gives the user full control over their device by dictating straight forward sentences to do anything they want. For example: users can ask the device to click on a specific button anywhere on the page without having to navigate there, or they can simulate touch gestures like zooming in by asking the OS to perform that action. It's a big step up for accessibility.

I create websites that are fast, beautiful and easy to use.

Want to have a talk? Contact me at hello@bartvandersanden.be.